The Butter Lamp Festival is held at a small number of monasteries, usually the larger ones, towards the end of the Losar festival period.  It corresponds to some degree with the Lantern Festival on the 15th day of the Chinese New Year calendar.  But central to this festival are butter sculptures ... not butter lamps.
Preparations begin several months before the festival as the raw materials are assembled:  yak butter, dorma, mineral pigments, coloring ... and cold weather.  The monks who make the sculptures constantly dip their hands and fingers into ice-cold water to avoid melting the butter and spoiling their work.  Lighting conditions are normally poor since the use of electric lights would give off heat which would be counter-productive to the work at hand.

The sculptures are colorful and very detailed.  When the components of the entire sculpture are assembled on a wooden backing, some are very large and can weigh almost one ton.  The butter sculptures are usually raised and fixed on wooden display trestles erected specifically for this festival which last for only one night!

The following photographs show preparations and some sculptures at Labrang and Kumbum monasteries. 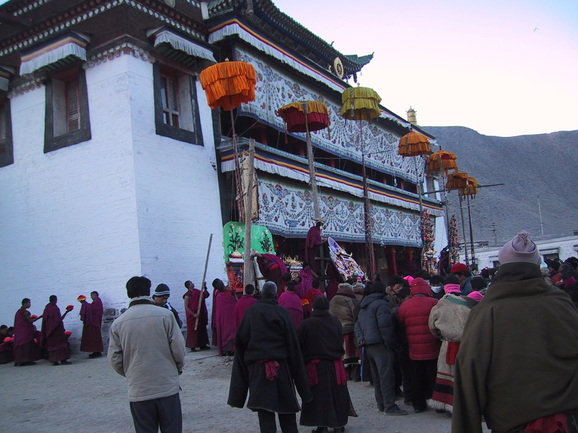 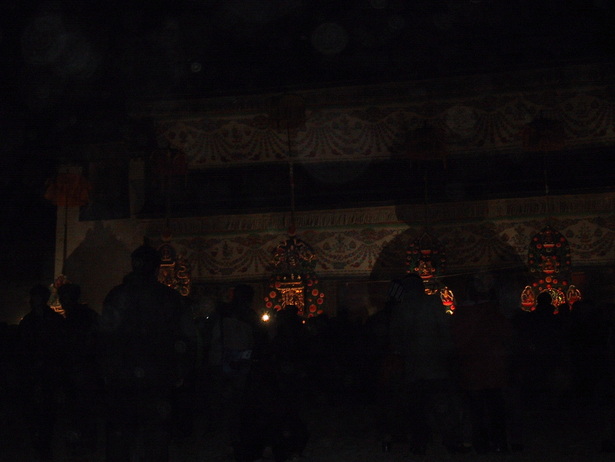 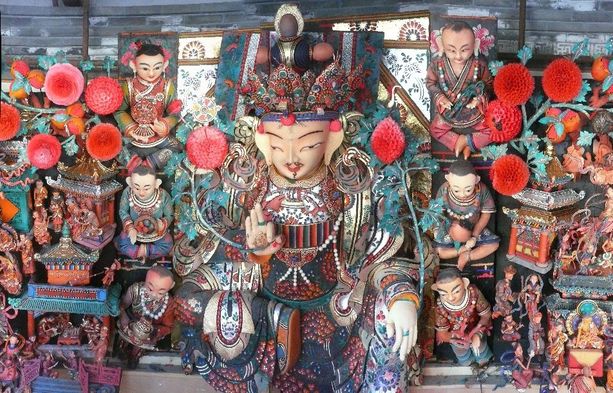