Ksetrapala is a major figure in the Cham dance and is an energetic, inspiring and compelling dancer.  The video below was taken at Sengeshong Magotsang (Xia Wutun) in February 2014.  It shows Ksetrapala atop the zor as he performs the final dismemberment of the lingka with his chopper.
At GONLUNG JAMPALING (Youning Si) the Cham dance is spectacular, with over eighty dancers performing their special magic for the benefit of their local Tu minority, Mongolian, and Tibetan followers. 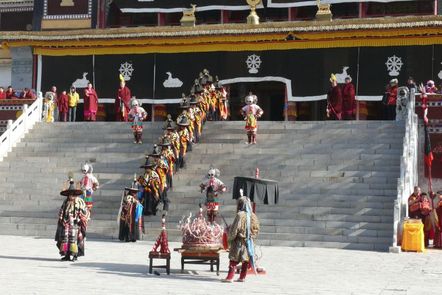 Shanag dancers arrive for the culminating part of the Cham dance.


Note the traditional zor  in the foreground as well as the Yama Mandala structure to its right.  All under the watchful eye of Huang Gun a local protector god.


(The black parasol is to protect the zor and the mandala from direct sunshine.)

The photo above is an overview of the Gonlung courtyard area, with Yama Cham dancers sitting either side of staircase on the left.  The Nechung Protector entourage is located in the enclosure to the right of the photo, with a green-faced Atsara at the entrance. 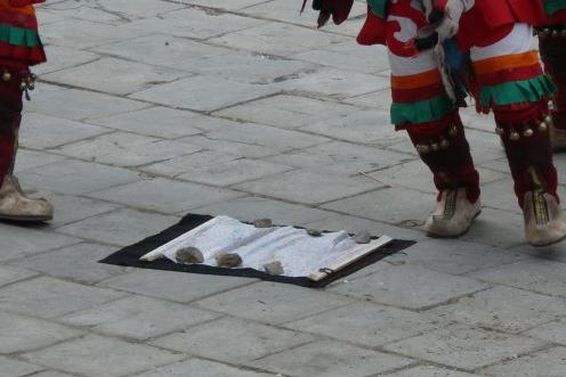 Central to the Shanag Cham is the Zang Ku, the scroll on the ground, which is used to capture evil emanations and other odious impediments to proper living. The Dorje Lama (Shanag Master) uses the normal suite of ritual tools to ensnare evil and capture it in the zang ku. 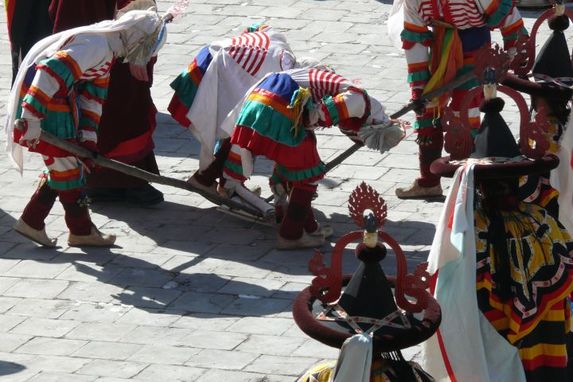 The zang ku, when replete with evil spirits and odious manifestations, cannot be touched. So special stick pusher-carriers are used to take the zang ku to the boiling pot of oil to be burned. 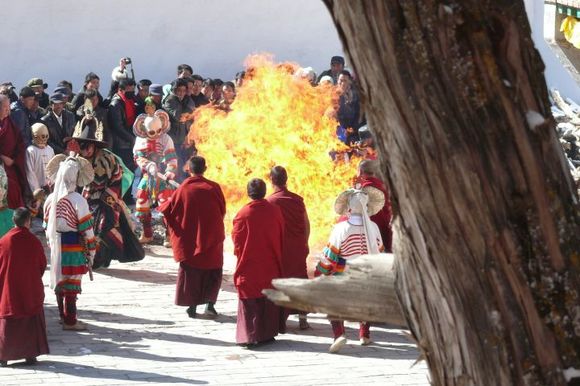 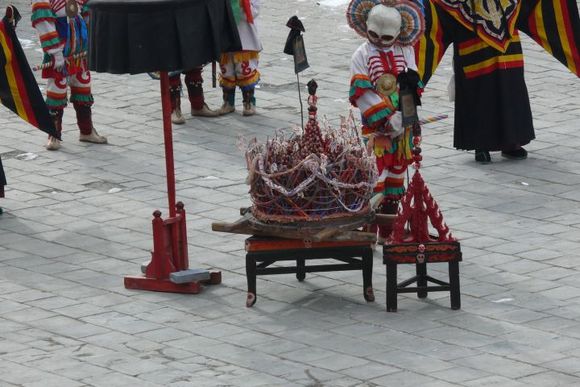 Meanwhile the Yama Mandala and the zor wait to be taken in procession to the ritual burning site and destroyed in the straw hut conflagration. The central part of the mandala is made of dorma sticks, each with a round head and face atop. Around the outside are strung animal intestines from sheep and yak. 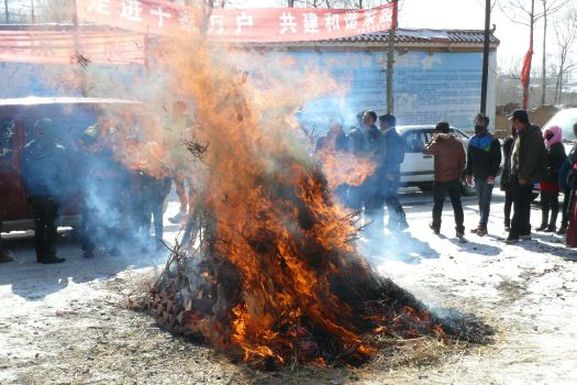 Just a note of caution: never stand downwind from a burning or you will be covered in evil soot and inhale evil vapours! Note the triangular bases of the many dorma columns used to construct the Yama Mandala. 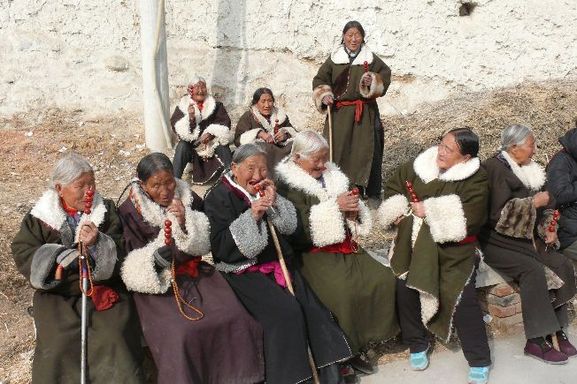 Happy Grandmas with treats from Bill. 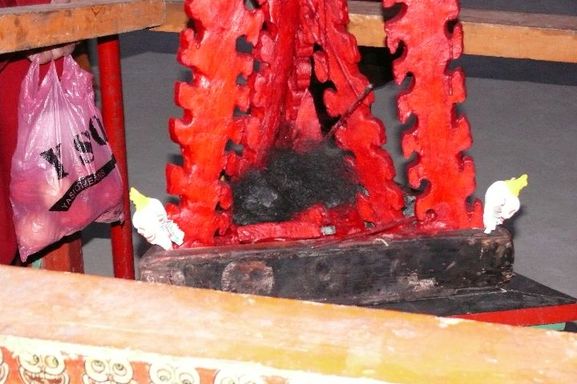 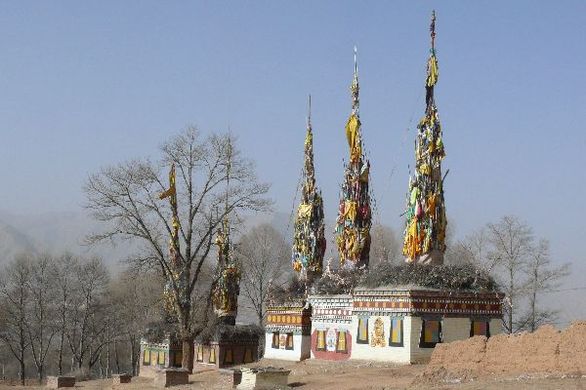 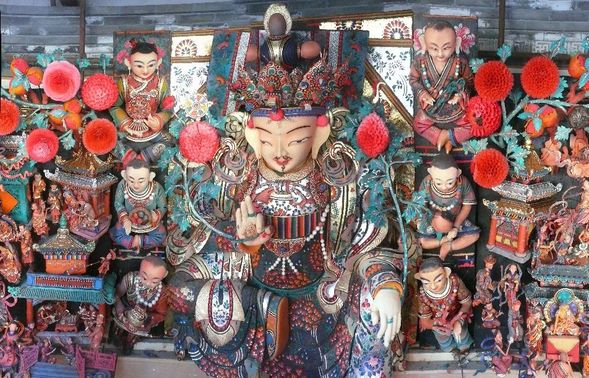 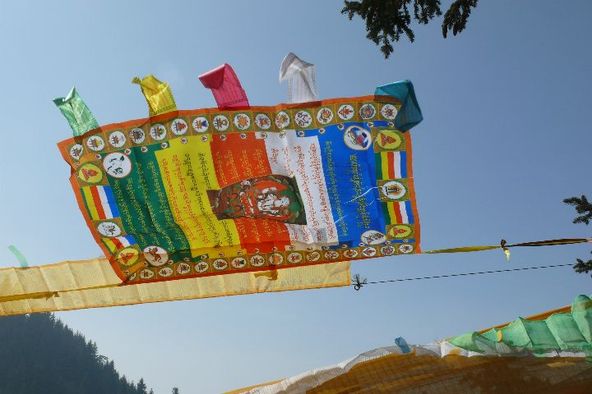