Orchestras and their instruments

Just as costumes and masks are important to the Cham dance, so is music.  Without music the Wrathful Deities are not able to move in unison and together conjure up the forces necessary to capture and destroy evils.  Music is the catalyst that makes Cham powerful, it is the lubricant that joins energy with purpose - it guides and energizes the dancers in their display of the power of Tibetan Buddhism. 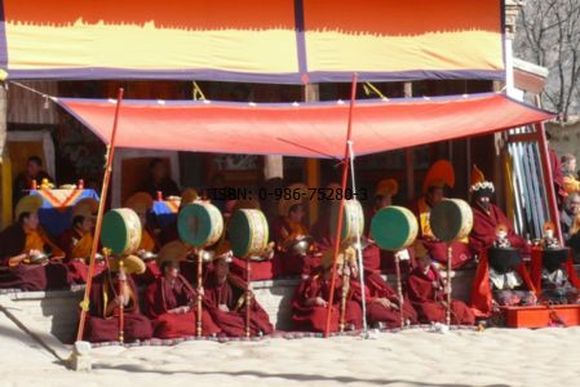 Gomar Gompa orchestra.The Living Buddha of the monastery, 12 years old, is at the left rear. Center rear is the Abbot of Gomar Gompa. 'Dorje Lopon', the Cham dance master, is at the right rear in the wavy hat, black fringe and face mask. Two shanags are seated to the right front. 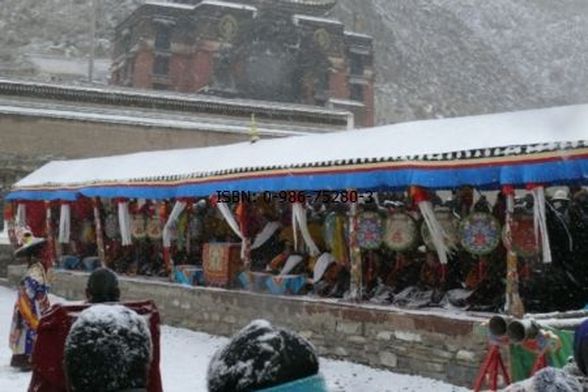 Orchestra for the Gu Cham, Vajra College, Labrang Tashikyil. This is a shanag cham, one dancer shown at the extreme left of the photo. Snow is extremely rare during a cham dance .... 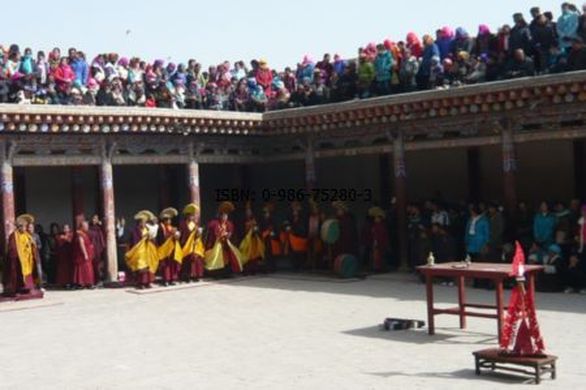 Shachong Monastery (Jakhyung Shedrubling). 'Dorje Lopon' at the extreme left, 'Cham Pon' is the fourth cymballist from the left. Note the anticipatory crowd (no foreigners). A later view of the courtyard during the Cham dance is shown as the banner to this website and this page. 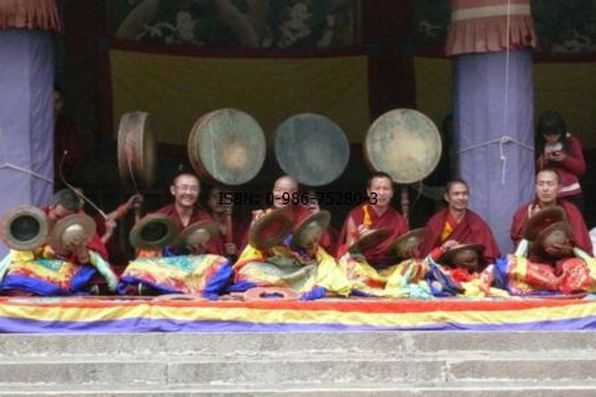 Orchestras vary in size as one might expect, depending on the wealth of the importance and wealth  of the monastery.  Instruments may include cymbals, drums and horns, some big, some small.  The number of musicians will also very.  Sometimes, but not often, a small group (quartet or sextet) will move away from the main orchestra and play separately during a specific part of the Cham dance. 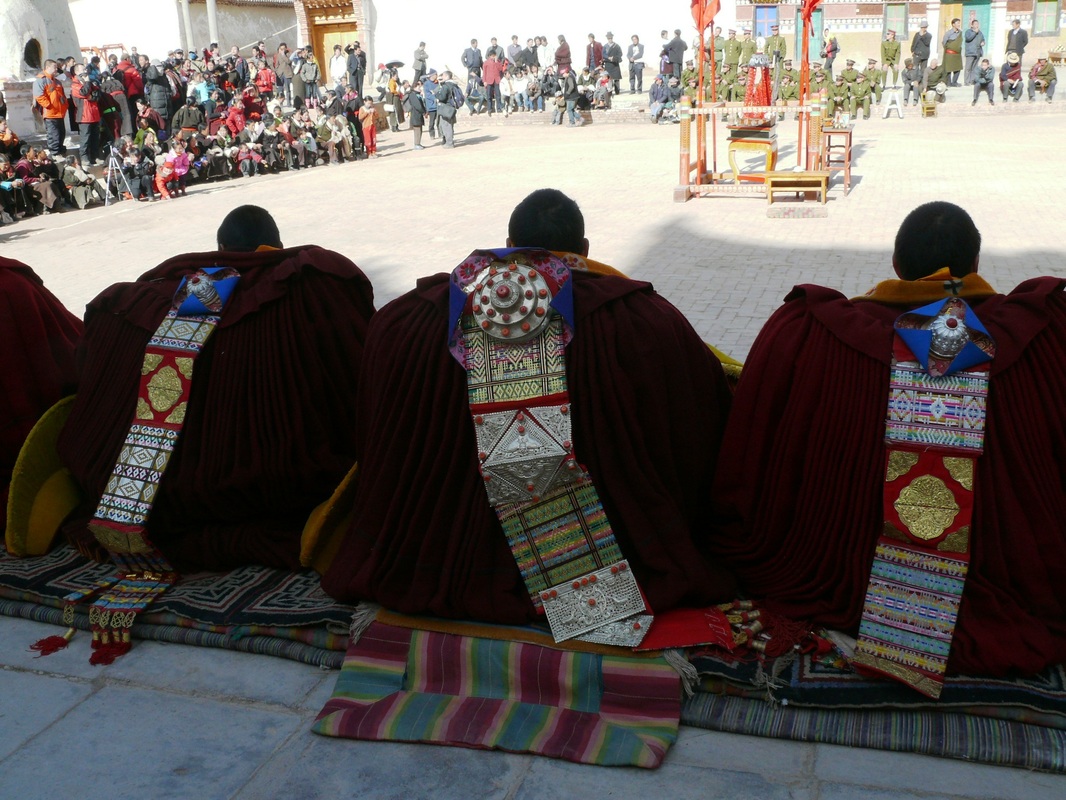 Rol Pon in the center.  He is also the main cymbalist
and the Chant Master.